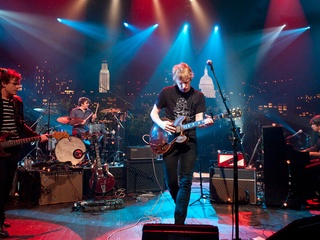 Big milestones call for big celebrations — and often more than one. Such is the case for Austin City Limits, which is now celebrating its 40th year of programming.

Official celebrations started earlier this year with the announcement of the inaugural inductees of the Austin City Limits Hall of Fame. That announcement was followed by a star-studded event featuring Willie Nelson at Studio 6A in April.

And the party's still going strong. On Thursday morning, KLRU announced it will host another all-star blowout to celebrate the show's unparalleled legacy. The benefit concert, "Austin City Limits Celebrates 40 Years," will take place on June 26 at ACL Live at the Moody Theater and offer attendees a colorful look at some of the show's most memorable performances.

Legendary acts such as Kris Kristofferson, Bonnie Raitt and Robert Earl Keen will take the stage alongside contemporary favorites like Alabama Shakes and Gary Clark Jr. The event will be hosted by Jeff Bridges and Sheryl Crow, who are also scheduled to perform.

Part of a two-hour primetime special, the concert will air on October 3, but you don't have to wait until the fall to see it. Tickets are available to the public and go on sale Friday, May 16 at 11 am. They start at $75 per person, and benefit KLRU-TV, which we think is worth the price to experience the magic of an Austin institution.