Web entrepreneur looks to end unemployment in Austin with matchmaking 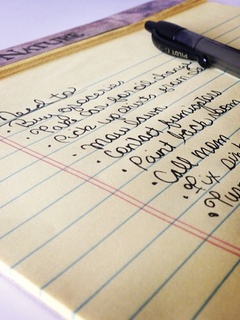 Austin may not have felt the full economic impact of the last recession, but there are still plenty of people who have dealt with unemployment or — as is the more common case in creatively-inclined Austin — chronic underemployment.

While the economy is steadily improving, people are still seeking ways to make some extra money, or even just stay busy. On the flip side, there are also plenty of people who just need someone to do a job for them and are willing to pay for that job to get done.

"There are a lot of freelancers who just like to work for themselves . . . There should be a place where anyone can wake up and find work.”

Since March 2012, the NeedTo website has been helping these people find each other in Austin. Users looking to have a task completed log on and detail the project. Users who have been pre-screened and previously rated by others who have used their services, can submit offers to complete the work. “It’s almost like a LinkedIn for freelancers and independent, small businesses," says Wade Floyd, founder of NeedTo.com.

“I had a rental property and almost once a month I needed to find somebody to do stuff for me like little repairs,” says Floyd, recalling the inspiration for creating NeedTo “This system was really archaic. You had get out the phone book, do a Google search, look up reviews, go back and forth emailing, find someone else [and] compare the price.”

When Floyd created NeedTo, he wanted to find a way to connect people to services while cutting out the middleman.

“You pay a big business, and they send their worker out and then the worker probably gets anywhere from 20 percent to 50 percent of the money," Floyd says. "But there are a lot of freelancers who just like to work for themselves, and small businesses who maybe don’t have a huge budget. There should be a place where anyone can wake up and find work.”

Soon, more people looking for extra work will have a chance to find in when the job services networking site expands to other cities. Floyd is ready to move NeedTo beyond Austin —starting possibly in Dallas or Houston.

As NeedTo prepares to enter new cities and neighborhoods, Floyd holds a grander vision of what he believes the website can become. “Kind of the future vision is this idea of people helping people and neighbors helping neighbors, like a community.”