10 most hipster-inspired restaurants, food trucks and bars in Austin

10 most hipster-inspired restaurants, food trucks and bars in Austin 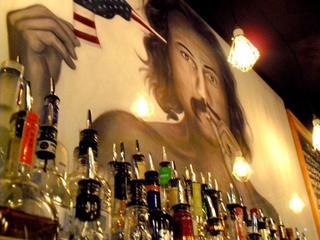 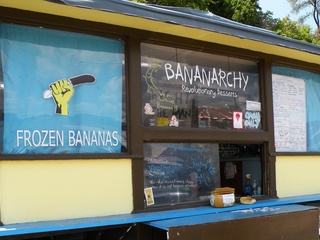 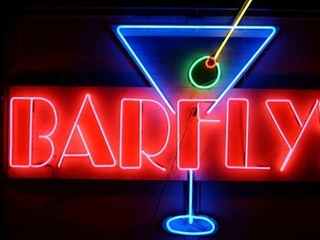 Before you skip to the bottom and begin posting anonymous comments about how hipsters are ruining this town, think about it for a minute: Hipsters really aren't that bad; in fact, some of them are contributing really interesting and innovative ideas to this city.

Whether or not you agree with their choice of old lady eyewear, love for Werner Herzog or naming their children after objects found in the household, they're really the least of our concerns.

With the influx of hipsters has come a sprinkling of hipster-themed restaurants, food trucks and bars. Every day it seems that I hear of a new wittily named food truck referencing an alt-youth anthem or a bar whose logo is an animated animal with facial hair.

Here are my favorite hipster-inspired restaurants and bars in the ATX.

A reigning demigod worthy of hipster pedestal-placing is Christopher Walken. How many other businesses on this list include a reference to the staccato king? Cow Bells, East Riverside's newest burger food truck, was indeed partially named with the famous SNL "More Cowbell" sketch in mind.

For a hot minute, the kiddies were diggin' on the Yoko. I'm not sure how or why, but long and rightfully forgotten album tracks of hers began popping up in American Apparel stores and DJ playlists. That confusing time has passed, and Ms. Ono is now celebrated in the form of Japanese street pancakes.

Much like the bands Does It Offend You, Yeah or Someone Still Loves You Boris Yeltsin, this sandwich truck follows the long sentence/excessive punctuation system of hipster-band naming.

Besides sounding like a long lost Jimi Hendrix b-side, this fried chicken food truck has the word "cock" in it. Brazen is the No. 3 quality of hispterdom — after irony and flat asses.

A former sexual favors massage parlor turned fancy-smancy reservations-only bar that kept the former business's name, which also happens to be the title of one of America's favorite movies about prostitutes? How meta.

will.i.am would be proud of this North Loop gastropub.

You knew it was going to happen: a mustache-themed bar in Austin. Why does that even surprise you? There is so much facial hair in this city that a place needed to be created to honor such manliness. Extra ironic points for a mural of what looks like a Gallagher/David Crosby mutant hybrid shooting himself with an American flag gun.

Salty Sow is Austin's most recent restaurant to feature 1. a fancy term for an animal in its title, and 2. a pig as its logo. They would have been number one on this list if said pig had a monocle and top hat.

Though Bukowski didn't coin the phrase, it's hard to hear the word "barfly" without thinking of every tortured twenty-something's misguided role model... and Mickey Rourke's face before it turned into a child's 2nd grade Playdoh project. Luckily this bar doesn't stink of pee and self-loathing.

Take a peek inside a one-of-a-kind European chateau on Lake Austin
Gorgeous Italian escape on Lake Austin is an elegant hidden gem
Law, tech, and a sense of humanity put one Austin Realtor on path to success