hipstercrite says
When getting old shows up, will it get you down?

HIT THE ROAD
Texas at a mile a minute: Road trips for the majestic West and salty South
LATEST NEWS
Aubrey Plaza scams and schemes in solid Emily the Criminal
making tracks

Pérez closes in on Alonso. 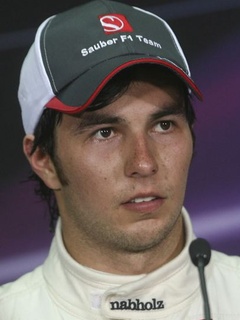 The Malaysian Grand Prix was a very exciting race for F1 fans. The changing weather conditions and the tire strategies employed to deal with the conditions provided very interesting racing — unlike many other racing series, F1 races in the rain.

Wet or damp weather conditions favor driver skills over pure car speed, and a driver with great skills can overcome the absolute speed advantages that the fastest cars have. It becomes more of “the man” and less of “the machine,” and more about skill than about engineering prowess.

In pre-season testing and in the first race at Oz, Ferrari did not match the pure speed of their top rivals: McLaren, Lotus and Red Bull. However, their number one driver, two-time world champion Fernando Alonso of Spain, drove brilliantly during the changing conditions at the Sepang circuit. He won the race and proved that driver talent often trumps engineering expertise when challenging weather conditions level the playing field.

Alonso’s efforts were not surprising: he is considered one of the top three drivers in Formula 1. It was a very good effort, quite exciting, but not as exciting as the effort from the guy who followed him home in second place: second year Team Sauber driver Sergio Pérez of Mexico.

Pérez, known to his fans as “Checo,” steadily moved up the field from his ninth place starting position. He handled the conditions well and managed to put himself into a position to challenge for the race victory. By lap 40, Pérez had gotten within 1.4 seconds of Alonso and had no cars between the two of them. The weather had improved markedly by then, and Alonso was ordered into pit lane by the Ferrari team to put on dry tires. Sauber made a slight mistake by waiting one lap later to call Pérez in for dry tires, and the gap increased slightly between the two.

Surprisingly, Pérez was faster in the dry setup than Alonso and closed the gap over the next 10 laps. At lap 50 he was only .5 seconds behind Alonso, setting fastest race laps, and looking very hungry. Everybody at Sauber was a bit nervous and encouraged the young driver via radio to be careful and not overdrive the car’s capabilities and make a late race mistake.

Perez started on bicycles, moved to motor cycles, and was racing open wheeled cars in the US Skip Barber series in 2004 when he was only 14 years old.

OMG! That’s exactly what happened: he ran wide at turn 14 on lap 51, ran over the kerb, touched the grass, and lost about four seconds to Alonso. He didn’t do a big “Oh shit!” like Pastor Maldonado did in OZ, but he did trash his chance to win. To quote Kurt Vonnegut, “So it goes.”

This is what Checo had to say about the mistake: "I was catching Fernando towards the end. It was not easy, and then I ran wide, touched the kerb, went into the wet and I lost the win, probably. But the team has done an incredible job. I'm very happy for them.”

Indeed, it was Sauber’s best finish since BMW withdrew their support in 2009.

Sergio Pérez is 22 years old and is from Guadalajara, Jalisco Mexico. (For reference, Guadalajara is a 14 hour drive from Austin via Nuevo Laredo and Monterrey.) Checo has been racing for many years. He started on bicycles, moved to motor cycles, and was racing open wheeled cars in the US Skip Barber series in 2004 when he was only 14 years old. He raced in Formula BMW in Europe, internationally in the A1-GP series, in F3 in Britain, in the Asian GP2 series and in the international GP2 series.

He had mixed success during those years in teams of questionable front-running potential, but managed to win the 2007 British Formula 3 championship and to finish second in the 2010 international GP2 series. That was enough to attract the attention of many on the F1 scene.

He is also fortunate to have the support of the world’s richest man, Mexico’s Carlos Slim, and to have the financial backing of Slim’s powerhouse company Telmex. Telmex has 7 South/Central American countries under its telecom umbrella, as well as Mexico, and also has investments in the US via their affiliation with Southwest Bell Telephone. They provide sponsorship support to Team Sauber and their logos can be seen on the car in several prominent locations.

Many critics say Sauber choose Pérez because of the money he brought to the team, and I am certain that money had a major influence on his selection. However, he is talented, has a bright future, and every driver must have commercial sponsorship, whether personal or just pure marketing potential, to get a seat in an F1 team.

Pérez is the fifth Mexican driver in F1, but he is the first since Héctor Rebaque raced in 1981.

The Austin circuit was named “The Circuit of the Americas” in order to represent all peoples in the western hemisphere: North America, Central America, and South America. Having a North American driver, Sergio “Checo” Pérez, in F1 is a very good thing for all of us who have an interest in the success of the Austin USGP.

I am proud to support Checo, and I think many of our Mexican friends will travel to Austin to support him as well.

This weekend the F1 circus is in China for the Chinese GP. Tune in and cheer Checo and the Sauber team in their quest to edge up to the front runners. It is a daunting task, but I always root for the underdogs and I have a special interest in Pérez. I consider him one of the “home guys.”

Pérez closes in on Alonso.

Avery Ranch: A true community just northwest of downtown Austin
Zilker: Old Austin charm thrives amidst rapid redevelopment and popularity
Headwaters: Where the stars — and homes — are big and bright in Dripping Springs

Stop along the Texas Plains Trail Region for stunning vistas and fascinating history
Strike it rich with Kilgore's nostalgic charm and heaps of history
From baseball games to outer space, here are Midland's must-dos