You're Outta Here
Axed: Brad Mills fired by the Houston Astros after another lopsided loss 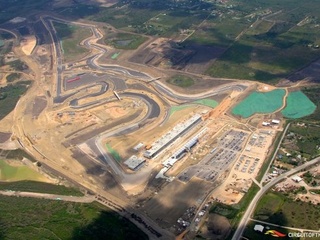 Aerial taken July, 2012 Courtesy of Circuit of the Americas 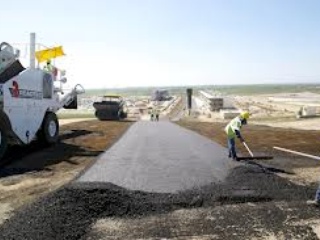 Preparing the circuit for paving Courtesy of Circuit of the Americas

Less than 90 days from the United States Grand Prix, construction at Circuit of the Americas is coming along at a rate that looks like it'll be done with time to spare. So now most of the attention has moved from the track to what will be happening in the City over what will surely be one of busiest, craziest, and most important weekends in modern Austin history.

These two massive downtown public parties will both be free and will both have streets blocked downtown all weekend.

Important because Austin, Texas will be directly in the bulls eye of the wealthy, international Formula 1 community and that means money will be flowing here like never before.

Some of the rumors floating around are simply ridiculous, like $500 Super 8 motel rooms, while others are completely true, like $20,000 per week home rentals.

In fact, real estate professionals are preparing for a boom. They suggest Austin will see an explosion in residential and commercial real estate sales immediately following the race as international visitors decide they kind of like what they see and buy a place to stay. "We're being told to keep the week after the race open," one broker told me, asking to remain nameless for competitive reasons (I guess I just blew the secret). "We think office space especially will start to sell very quickly."

For those of us who already live here, whether you head to Elroy, Texas or not, downtown will be buzzing with F1 action. COTA is planning a huge party, not at Auditorium Shores, that is out of the discussion since the Junior League's Christmas Affair will be going on at the Palmer Events Center; no, it'll be downtown. It's called Fan Fest and the epicenter will be at 3rd and Congress where a stage will show off huge international acts. The act getting most of the rumor-mongering — I won't name it to avoid being accused of spreading rumors — happens to include a certain former American Idol judge and 80s rock legend not named Jennifer Lopez ort Randy Jackson, but that's totally rumor.

From 2nd Street to 4th Street you'll be able to party like a wealthy European race car fan, while just a few blocks up Congress, Paul Carrozza of Run Tex is leading the charge to create "Experience Austin," an eight block, block party featuring what can only be described as the best of Austin. Each block — between 8th Street and 11th Street, from Colorado to Brazos — will host a different theme, green living, keeping it weird, international culture, that sort of thing. "We want to show off the best of Austin for everyone planning to come to town," explained Carrozza. It promises to be the biggest weekend downtown since the millennium celebration.

These two massive public parties will both be free and will both have streets blocked downtown all weekend. They do promise to try and keep Ceasar Chavez, 6th Street and 7th Street open, although whether any cars will actually be moving is another question.

There is also very specific advice being given to businesses hoping to cash in on the big weekend. In fact Circuit of the Americas plans to host some October workshops specifically for the hospitality industry. They say:

The City of Austin Small Business Development Center hosted a great event “Preparing for the Formula 1 US Grand Prix” this week, and they have another such workshop scheduled for August 28th (click here to register). It was a surprise to see that more than 90 percent of the local business owners present had already watched a Formula 1 Grand Prix on television.

On the actual racing front, Formula 1 is in the midst of its summer break. Racing begins again August 31st.

In the meantime, Circuit of the Americas sends out a press release nearly everyday now as they gear up for race day. Today they promoted a special "3-seater Formula GP Experience." For $499 you can ride in a specially designed 3-seat F1 car, pulling 4.5 G's as it races around the track at near F1 speeds. Yes, that has to be insane.

Aerial taken July, 2012 Courtesy of Circuit of the Americas

Preparing the circuit for paving Courtesy of Circuit of the Americas