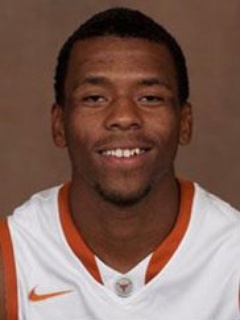 KVUE — A University of Texas basketball player was suspended indefinitely after being accused of domestic violence, according to a statement from Texas coach Rick Barnes.

Sophomore Martez Walker has been charged with a Class A misdemeanor for assault with injury/dating violence according to a statement released by the Texas basketball program.

According to an arrest warrant, Walker, 19, is accused of assaulting his girlfriend at the San Jacinto residence hall on the UT campus on Wednesday, September 10. The warrant says Walker's girlfriend told police he was upset she went to happy hour with a male friend. She told police Walker got angry when he found out and the couple began to argue.

Walker would not let her leave the dorm room, so she slapped him once. She told police she knew from previous fights that Walker was going to hit her, so she hid her face and went into a fetal position on the couch. The warrant says that's when Walker punched her four times on her left side, then dragged her by her arms and threw her out of his dorm room, telling her he was "done with her."

To read the full story, including a statement from Coach Barnes, head to KVUE.