Let's Go Rangers
Another “Nap-tober”? Rangers hope Mike Napoli can lift them up this postseason
LATEST NEWS
From tasty Texas festivals to must-see museums, Edinburg has it all
More racing

MotoGP coming to Austin: The Formula 1 of motorcycle racing

MotoGP coming to Austin: The Formula 1 of motorcycle racing 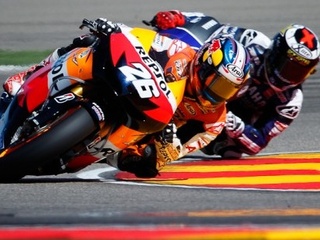 MotoGP comes to Austin in April, 2013 Courtesy of motogp.com 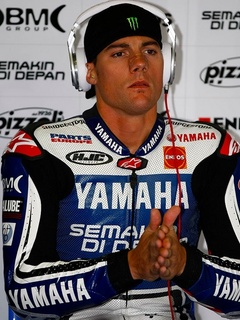 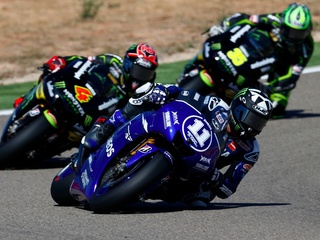 Ben Spies at the 2012 Aragón Grand Prix Courtesy of BenSpies.com 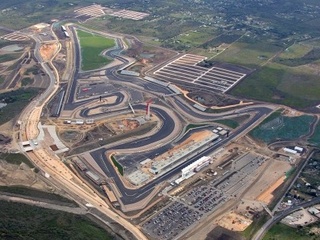 Circuit of the Americas Courtesy of motogp.com

The greatest motorcycle racing in the world comes to Austin April 19 - 21 next year.

MotoGP (Motorcycle Grand Prix) is the Formula 1 of motorcycle racing. It's popularity around the world is eclipsed only by Formula 1 and the race here in Austin promises to be the biggest event at Circuit of the Americas (COTA) outside of the Formula 1 U.S. Grand Prix, which is scheduled for November 18. COTA now becomes the first racing venue in North America to host both Grand Prix races in the same year.

The bikes, if you can call them that, are loud, fast, and crazy exciting with 1000 cc engines reaching speeds of over 200 mph.

Circuit of the Americas now boasts what is arguably the greatest race calendar of any venue in the world.

Austin's Grand Prix — it's not yet named — will be the third held in America. MotoGP already has races in Laguna Seca, California and Indianapolis, and unlike Formula 1, MotoGP has American riders including the 2006 MotoGP World Champion Nicky Hayden.

In fact, it has a couple of Texan riders, too: Ben Spies of Longview who finished fifth last weekend at the Aragón Grand Prix and is currently tenth in the world standings, and Colin Edwards of Conroe, outside Houston.

“Adding a race to the U.S. schedule makes a statement that MotoGP is working to expand its influence on American soil," said Edwards. "The best way to grow our sport is to add races, and with events on the East and West Coasts — and now one in Middle America — it’s the perfect opportunity for more fans to see us in action. Plus, my family is really looking forward to jumping in a pick-up truck and driving up to Austin to see me compete.”

“It’s great for riders and fans to have another MotoGP event in the United States," said Hayden, "and Circuit of The Americas will give us a chance to expose more of our homegrown fan base to MotoGP in an up-close-and-personal way. I love competing at new, fresh tracks and am really looking forward to racing at the Austin circuit.”

This race was originally one of the first to commit to COTA but abruptly fell off the MotoGP schedule over the summer after the very public dispute and split between COTA and Tavo Helmund, the man who brought Formula 1 to Austin in the first place.

Motorcyle racing legend Kevin Schwantz claimed his company owned exclusive rights to MotoGP racing in Texas and sued COTA, claiming it infringed on those rights by negotiating directly with Dorna, a Spanish-based company that controls MotoGP licensing. Dorna, on the other hand, said it terminated its contract with Schwantz. That lawsuit is still pending but sources at the Circuit tell me no one is worried about losing the shiny new MotoGP contract.

Circuit of the Americas now boasts what is arguably the greatest race calendar of any venue in the world with four of the world's top races: Formula 1, MotoGP, GRAND-AM and an American Le Mans (ALMS) World Endurance Series race. We're talking about hundreds of thousands of international visitors coming to Austin, and hundreds of millions of dollars spent here... and we haven't even begun talking about the Tower Amphitheater concert venue.

In the meantime, the Circuit of the Americas is starting to look like a real racing venue. CultureMap will have a sneak preview of what may be the world's greatest purpose-built racing circuit coming up this week... stay tuned.

Tickets are already available for the 2013 MotoGP race.

MotoGP comes to Austin in April, 2013 Courtesy of motogp.com

Ben Spies at the 2012 Aragón Grand Prix Courtesy of BenSpies.com