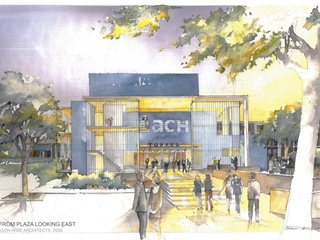 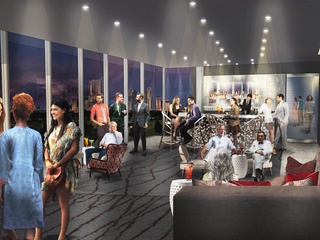 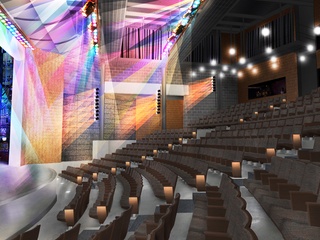 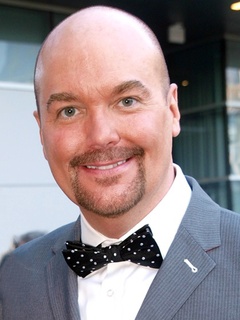 Courtesy of University of Texas

As the ZACH Theatre website puts it, this will be the moment when dreams are realized.

This fall will bring not only the 2012-13 season for ZACH, but also the much-anticipated opening of its new Topfer Theatre. This once-in-a-lifetime first season will include a world premiere, an American musical with a full orchestra for the first time at ZACH, a beloved classic made new, an international concert guest star and the biggest, snowiest holiday favorite of all time, every production taking full advantage of the technological capabilities of the extraordinary new theatre.

"The opening of the Topfer Theatre has been my dream for 20 years at ZACH, and to see it come to fruition is so inspiring and joyous and motivational," says Dave Steakley, producing artistic director. "The theatre is a symbol of our community’s investment in ZACH’s mission. It says that the conversation that ZACH initiates in our city and the significant art that is being created here are meaningful to our citizens. It also says we value Austin artists who create unique work that inspires us and we want to keep them gainfully employed in our city."

He adds a note of gratitude to the citizens of Austin, for entrusting ZACH with the $10 million in bond funds that allowed them to create such an excellent regional theatre.

"For 20 years ZACH staff members past and present have worked on making this theatre a reality. It’s completion represents the attainment of a long-held dream to create the place where our city gathers for a collective imaginative journey."

The Topfer Theatre will not only more than double ZACH's current capacity, but will also greatly expand its capabilities, including the ability to have an orchestra and to attract renowned talent to the Austin theatre scene. Steakley says this will enable ZACH to present offerings by some of Broadway's biggest stars — and to act as a launching pad for Broadway-bound musicals and plays from Austin, as ZACH did recently with Anna Deavere Smith’s Let Me Down Easy.

"The theatre is a symbol of our community’s investment in ZACH’s mission. It says that the conversation that ZACH initiates in our city and the significant art that is being created here are meaningful to our citizens."

Dietz says that writing and directing Mad Beat Hip & Gone for ZACH is a great honor as well as a challenge. "People are (rightly) expecting great things from this first season and I hope to deliver on those expectations.  My history with ZACH has taught me that they are fully focused on realizing the dreams of the creative artists involved; so I'm planning to lean on my collaborators in a major way to make a work that I hope will be worthy of this fantastic new Topfer theater."

The play is a valentine to American wanderlust, chronicling the rich and elusive dreams of the Beat generation. Dietz says he has long been fascinated with Jack Kerouac, Neal Cassady and the phenomenon of On the Road.

"But rather than write about those 'Beats' directly, I became interested in two (imagined) young men who might have been in the car right behind them. What happens when you uproot your life and go on that great quest into the wild American night? What is the difference between what you're searching for, and what you find?"

Dietz appreciates the willingness of ZACH Theatre to engage and employ artists from many other Austin theatre groups, including the Rude Mechs, Austin Shakes, Hyde Park Theatre and UT. He has watched Steakley reach out to many of these constituencies and welcome them into the ZACH community. "A theatre grows by feedings its roots and the roots of any theatre are the artists who are willing to engage each other in the process of making theatre. This — along with the tremendous new theatre going up on South Lamar — gives me true hope for the future."

From Steakley's perspective, he is focused on plays and musicals that involve dreams of some kind, from chasing the American dream to literal dreams while sleeping, and places where dreams are realized. He says that he selected Ragtime to inaugurate the Topfer for a variety of reasons:

The Topfer Theatre will open with a two-day celebration featuring a black tie gala entitled “Once Upon A Dream,” chaired by Bobbi Topfer, Kelly Topfer, and Wendy Topfer on Thursday, Sep. 27, 2012. This will be followed by an evening of entertainment throughout ZACH’s three-theatre campus on Saturday, Sep. 29, 2012 chaired by Christine Messina, Deanna Serra, and Bobbi Topfer.

Here's how to get a prescription for medical cannabis in Texas
Celebrate 4/20 with the state's first Texas-owned medical marijuana dispensary
Texas is expanding access to medical marijuana. Do you qualify?