Artistic Legacy
A new take on Dali: Christine Argillet shares her story at the Russell Collection
LATEST NEWS
Austin hotels suffered biggest drop in revenue ever due to COVID-19
Live from New York 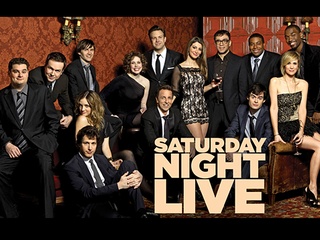 Fall is officially here. Not because temperatures are finally below 100 (it won’t last, guys), but because tomorrow night marks the debut of Saturday Night Live’s 37th season—and I couldn’t be more excited.

If you’re not as obsessive about comedy as I am (and, judging by the ratings from this week’s Community and Parks and Rec premieres, not a whole lot of you are), it may have been awhile since you heard someone get genuinely psyched about SNL. Maybe you stopped watching when Will Ferrell left, or you only follow the Digital Shorts. But if you’ve been keeping up, you know that last season had some standout episodes (Jane Lynch, Tina Fey and—surprisingly—Miley Cyrus all killed it, to name a few) and some great recurring bits (I love “What’s Up With That” and I won’t apologize for it).

The show has built up a solid cast; though some episodes tend to heavily feature character bits from Bill Hader, Kristen Wiig and Fred Armisen, there are always solid contributions from Hollywood crossover Jason Sudeikis, UCB-trained Bobby Moynihan, All That alum Kenan Thompson, head writer Seth Meyers, Andy Samberg and Abby Elliott. Featured players have also been holding their weight (with the exception of the sadly underutilized Paul Brittain). My one major issue? I don’t understand how all-stars Nasim Pedrad (who’s been on the show since 2009) and Taran Killam (formerly of MadTV) haven’t been bumped up to the reparatory player cast yet. Seriously—take a look at Killam’s animatronic crooner (below) and try to tell me he doesn’t deserve it.

Producers clearly know they’ve got a good combination going—they made no changes to the cast coming into Season 37.

(Nerd alert sidebar: hardcore SNL fans might recall past efforts to revitalize the show by overhauling the cast, all of which ended in disaster. The 1980-81 Season 6, for example, featured all new writers and players and, despite the efforts of performers like Joe Piscopo, Denny Dillon and [my personal favorite SNL cast member of all time] Charlie Rocket, the ratings were beyond dismal. A few years later, turmoil among producers led to a mass recast for the 1985-86 Season 11—the memorable [but also totally forgettable] year that featured Joan Cusack, Robert Downey Jr., Randy Quaid, Dennis Miller, Jon Lovitz and Anthony Michael Hall. Of course, for a show that’s entering its 37th season, there’s plenty of history to learn from—check out this book for the most comprehensive behind-the-scenes stories.)

Anyways, while the cast is staying the same, there are some notable additions to the SNL family. Four new writers have been brought onto the Meyers-led staff: Sarah Schneider, Chris Kelly, Zach Kanin and Peter Shultz. While some traditional SNL standards are met (Kanin’s a Harvard Lampoon alum, Schultz is a UCB mainstay), this new crop of writers is definitely (for lack of more original adjectives) a young and edgy group.

Schneider has been a strong presence at CollegeHumor since 2005, scripting and appearing in hundreds of sketches and many original series, and was actually brought on as a guest writer for the last five episodes of Season 36. It’s easy to see how something like “In An Apatow World,” a musical ode to the filmmaker's trademark schlubby bro-types (below, written by Schneider and Streeter Seidell) could find a loving home with SNL audiences.

Chris Kelly is only 28, but he's been producing videos for so long (and so well) that I wouldn’t be surprised if he ends up at the head of the writer’s table in the not-too-distant future. Formerly a writer and director at The Onion News Network, he headed over to Funny or Die earlier this year (one of the few jobs in comedy, as Adam Frucci explained recently in GQ, as fast-paced and immediately gratifying at SNL itself). Kelly reflected on his growth as a comic for Splitsider in one of the most heartfelt and inspiring posts I’ve read all year, so it’s hard not to root for his SNL success.

Check out one of Kelly’s first FoD videos, featuring Will Ferrell, below:

Zach Kanin brings a slightly different style: while he’s got a strong writing background, having been an editor at the Lampoon (traditionally a stable for future comedy heavyweights—Conan O’Brien! Greg Daniels! Chevy Chase!), he’s also a cartoonist for The New Yorker, as well as a published author. Take a look at one of his contributions to RingTales, an animated series, below:

I’m admittedly not very familiar with Peter Schultz, a filmmaker who regularly produces videos for UCBcomedy.com, but judging by his clips—and the fact that he trained with current cast member Bobby Moynihan—I have no doubt that he’ll bring an improv-informed breath of fresh air.

It'll also be interesting to see whether the addition of writers who are used to starring in their own sketches inspires any crossover between cast and staff (something that doesn't often happen).

I really wanted to mention Saturday Night, James Franco’s behind-the-scenes documentary that follows a taping (2008’s John Malkovich ep, which is incidentally probably the funniest hour and a half, start to finish, of the show’s last decade) from Monday morning pitch meeting to early Sunday wrap party. Whatever your personal take on Franco is, leave it at the door for this one—the doc is incredibly insightful and gives an unprecedentedly personal look at the production process. While the full feature is hard to track down (it screened at SXSW, Tribeca and Sundance, but has yet to find a broad release), there is video of Franco discussing his time on set:

I mention this because, whether you think SNL is still going strong or you’re too busy longing for the Myers/Carvey days, you have to admit that this is one of the most intense (but still most coveted) jobs in comedy—so let’s give some props to the cast and crew that devote 100+ hour weeks to churning out topical, timely jokes. What better way to show our appreciation than to give the Season 37 premiere a fair chance?