Watch dramatic transformation of Lake Travis after the floods

Watch dramatic transformation of Lake Travis after the floods 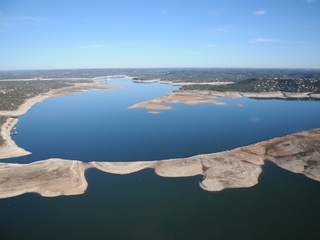 Editor's note: Over the course of a week, we come across dozens of newsy tidbits and interesting links that we want to share with you. For this weekly roundup, we gathered all the news we found dramatic, heart-warming and edgy.

1. Watch Lake Travis fill up in this dramatic video. This eerie time-lapse video shows the transformation of the Oasis at Lake Travis.

2. Before and after the Memorial Day floods. The Austin American-Statesman's interactive tool demonstrates how Central Texas waterways have changed since the devastating floods.

3. Man says Rogness Brewery saved his life. One Wimberley man was able to survive the flood, he says, because he drank a Rogness beer rather than going to bed. He was awake when the water started rising.

4. A peek into Willie and Merle's friendship. The longtime pals are on the road again, so Rolling Stone caught up with the duo to talk about everything from old friends to Bob Dylan to smoking pot.

5. Fun Fun Fun Fest founders talk about this year's "sweet spot." James Moody and Graham Williams chatted with Billboard about the fest's 10th anniversary lineup — and how it keeps its edge.