Links We Love
Tim Howard mania, world's scariest waterslide and more links we love
LATEST NEWS
Here are the top 5 things to do in Austin this weekend
In The News 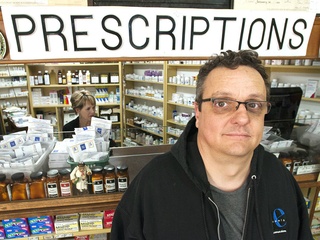 KLBJ host Dale Dudley was among those threatened.  Photo by Virgil Solis

KVUE — Austin Police arrested a man on Wednesday who they say made threats against KLBJ radio hosts.

According to Schuster's arrest warrant, the most serious message from June 24 said, "it's gonna be a bloodbath. maybe even more. i smell gunpowder. i smell assassination. thank dale. i don't even capitalize his name."

Schuster could face up to ten years in prison if convicted.

See the full story on KVUE.com.