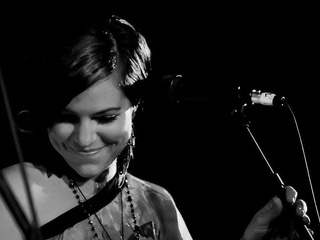 The soulful voice of Austin-based R&B, soul and pop singer-songwriter Lauren Silva leads listeners to wonder how someone so young can sing of life so authentically. With a career that began at the age of five and now includes touring nationwide and writing and producing her own music and videos, she has a lifetime of experience.

After an initial album with an independent label in her native California, Silva grew into her own as an R&B artist, most recently expanding into writing and co-writing for herself and other major artists alongside teams at Sony and Universal. Often compared to a mix between Adele, Pink and Alicia Keys, she has been gaining major label, publishing, and music licensing interest with her previous and recently recorded EP.

Lauren Silva has toured nationally and performed at renowned Austin venues such as Antone's, the Saxon Pub and Threadgill's, opening for five-time Grammy-nominated artist Marcia Ball.

Producers CJ Vinson and Lauren Bucherie are musical tastemakers based out of Austin, Texas. They built their company around a simple wish: To diminish the boundary between art and audience. Their unwavering style and eclectic creative collaborations have made The Sessions sought-after team for musicians around the world. CJ and Lauren have worked with everyone from local favorites Cowboy and Indian, Suzanna Choffel and Dan Dyer to internationally-renowned acts like Fitz and The Tantrums and two-time Grammy award winners The Civil Wars.