When thousands of artists grace the stages of SXSW in a four-day period, certain styles begin to stand out as intrinsic to a band's identity.

We've pinpointed five buzzworthy acts whose on-stage looks made a statement — for better or for worse.

The DJ duo from Sweden is statuesque no matter what they're wearing, but on stage they opt for all black everything.

Usually topped off with a long trench or sheath, it comes as no surprise that Caroline (the red-headed half) once told Elle Sweden that "some clothes make you feel like a super hero." 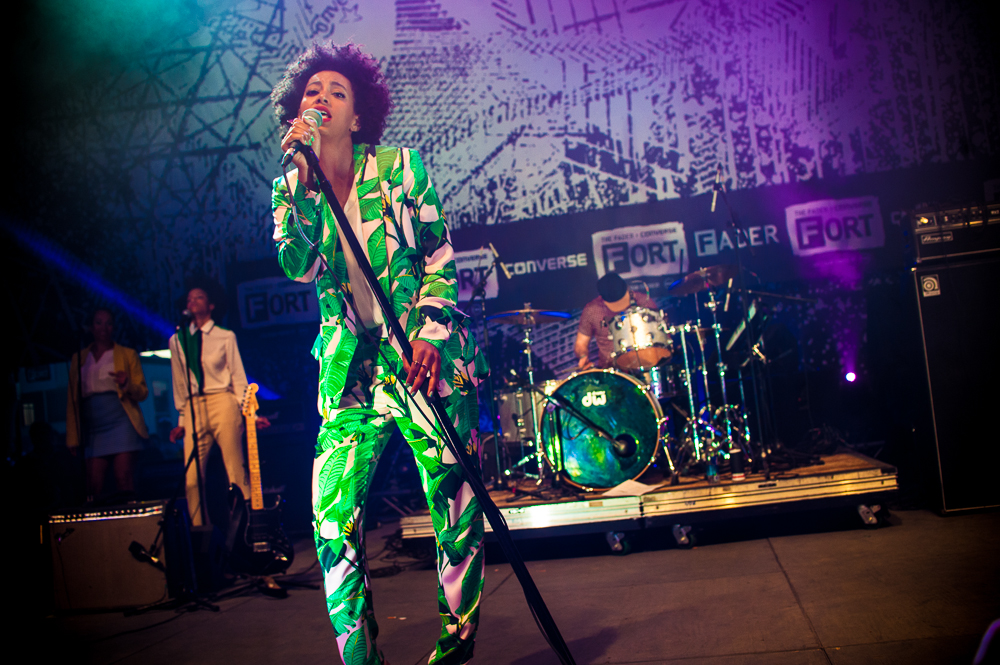 Solange loves a good two-piece suit. For both her Fader and Spin performances, she wore suits that were more playful than prim and proper. Never one you'll see looking disheveled, Solange goes for sharp, tailored and fashion-forward — about the farthest from "boho" you can get.

Fashion clearly factors into her backing bands' looks as everyone wears tones and cuts complementary to the leading lady. 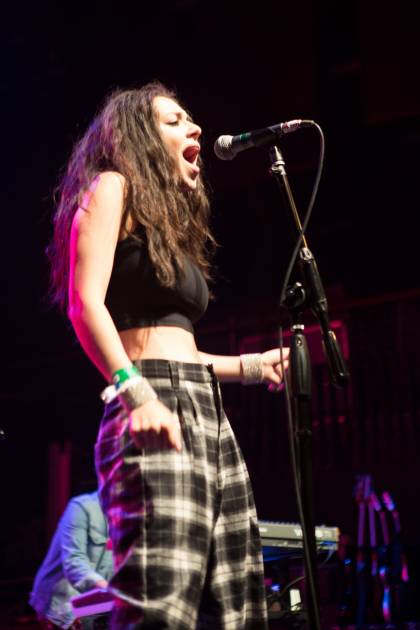 Oh, the fear we felt whilst watching CharliXCX dance wildly atop dangerously high platform sneakers.
She's single-handedly bringing the 90's fly-girl back, but with a grunge twist. Plaid hammer-pants and belly-baring crop tops were a favorite of the 20-year-old Brit throughout the SXSW circuit. 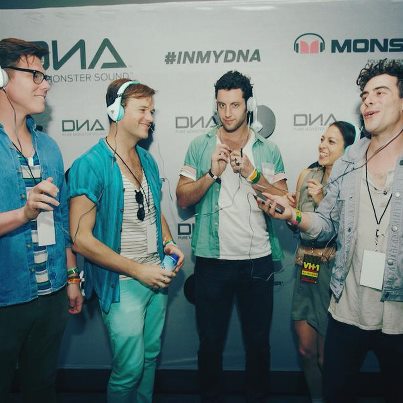 St. Lucia not only impressed us with their danceable synthy set, but with their Riviera pretty, preppy style.
Nautical stripes, layered shirts, tightly rolled, short sleeves and trim haircuts had us fanaticizing of yachting down the French Riviera with this band. 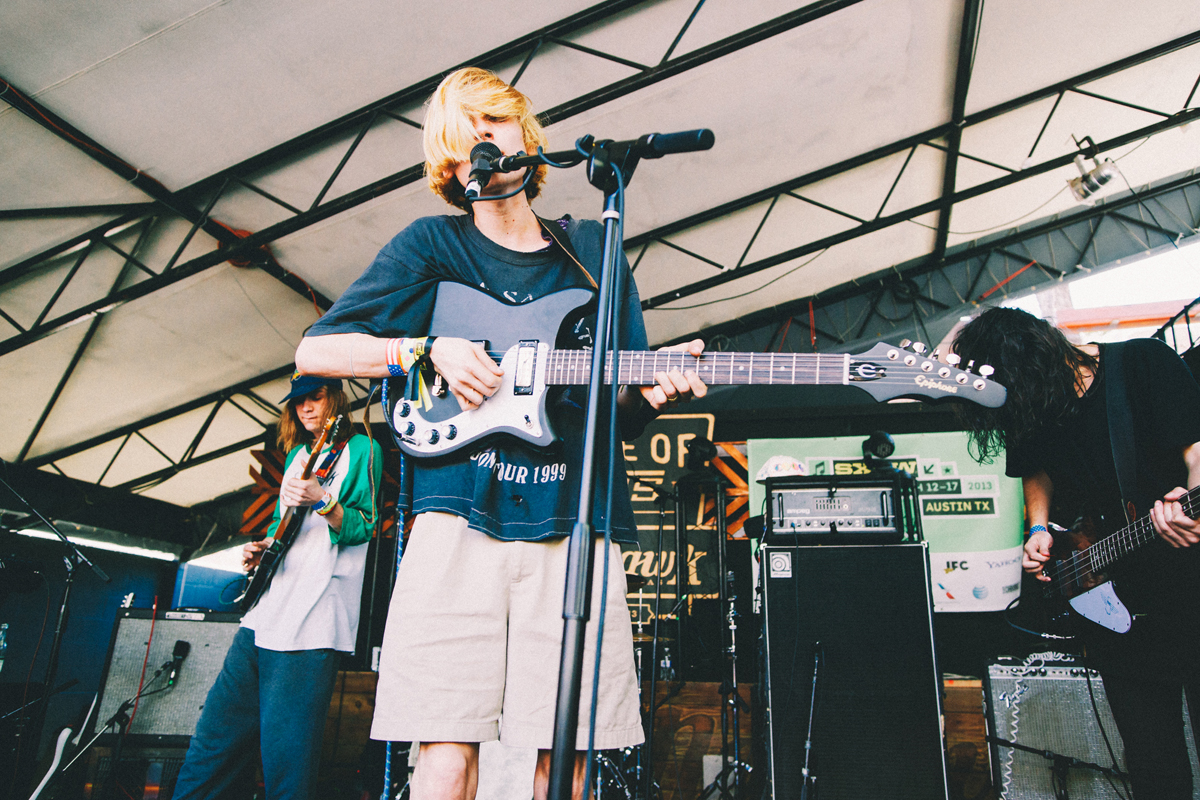 Editor’s note: It’s that time again — time to check in with our top stories. Here are the top five articles that captured our collective attention over the past seven days.

3. New ultra-luxury neighborhood claws its way into affluent Austin suburb. Wildcat Club is a new high-priced development coming to West Lake Hills, with homes priced at $11.75 million and up.

4. Inclusive swimwear brand makes a splash — and a move to Austin. Kitty and Vibe, an influential brand that makes swimsuits for every body, moved to Austin earlier this year.

The rock band brings the drama with 2000s sensation Evanescence as a special guest.

Austin has never quite been a stadium rock city, but interest is piqued as the new Moody Center continues to prove its value to 15,000 people at a time. One of England’s most theatrical rock bands, Muse, is perfect to put it to the test. On February 28, 2023, Muse is bringing the Will of the People Tour with special guest Evanescence, for a show that’s sure to melt faces and souls.

Will of the People is Muse’s ninth album, with an almost peppy glam rock-influenced title track calling for revolution: “With every second our anger increases/We're gonna smash a nation to pieces.” This concept album fits right in with Muse’s usual offerings, in other words, high-octane rock gone electric; moody musings gone dancing.

A live show by Muse includes everything from masks to pyrotechnics, all alongside a lot of falsetto and lung capacity. With his semi-operatic songwriting, Matt Bellamy has given himself a superhuman task onstage, and does not seem to tire of belting his heart out.

Neither does the group tire of high-tech guitars, and thanks to these shows, millions of viewers have learned that the instrument is not limited to strings. Still, despite a clear love for his custom builds, Bellamy holds the world record for most guitars smashed on tour: a healthy or totally unhinged 140, depending how you look at it.

The smashing was the group’s first indication that they may be a smash hit, and a good metaphor for the group’s pop anarchist bent in general. In 1994 the group, then called Rocket Baby Dolls (and earlier still called Gothic Plague), accidentally won a battle of the bands competition that Bellamy claimed they performed in protest, destroying their gear in the end. The group changed its name to Muse and continued on to conquer both England and the United States, with two Grammy Awards, two Brit Awards, and much more acclaim.

During the height of the pandemic, Bellamy got some cinematic and stripped-down solo work out of his system. The Will of the People Tour is the band’s first one back, joined by the American rock band Evanescence, known for equal or greater melodrama and otherworldly songwriting. Austin is toward the start of the North American leg of the tour, three nights in. The band will then head to Houston's Toyota Center on March 2, 2023, followed by Dickies Arena in Fort Worth on March 3, 2023.

Tickets will be available through a Muse pre-sale on Tuesday, October 4, at 10 am, followed by a Moody Center pre-sale on October 6 from 10 am to 10 pm. Moody Center will share the password on social media. A general public sale starts on October 7 at 10 am on moodycenteratx.com and Ticketmaster.

Get out the Vote

Willie Nelson is no (red-headed) stranger to politics, and while his heroes have always been cowboys, his support for gubernatorial candidate Beto O'Rourke is no less genial. The duo will take the stage together this weekend at a Vote 'Em Out Rally in Austin on Sunday, October 2.

The rally's title no doubt comes from Nelson's 2018 song, "Vote 'Em Out," where Nelson writes:

The country music legend debuted the song at a previous rally in support of O'Rourk'e 2018 run for governor, but Nelson's support of the El Paso candidate goes back even further, when he invited O'Rourke on stage during his 2018 Fourth of July Picnic. Nelson drew criticism for the endorsement from more conservative fans, but that doesn't seem to have riled the octogenarian musician, who has never shied from sharing his personal beliefs.

In the midst of his second gubernatorial campaign, O'Rourke joined Nelson again for the 2022 Fourth of July Picnic at Austin's new Q2 Stadium — this time with guitar in hand and his son by his side.

This Sunday's rally will take place at 2 pm at Moontower Saloon in South Austin, and the event is free and open to the public. Nelson will both perform and share a few words in support of the campaign. According to a release, O'Rourke will in turn lay out his vision for "bringing Texans together to deliver great jobs, world class public schools, reproductive freedom, and the ability to see a doctor."