Two weeks, too little
The Yahoo effect: Is maternity leave vanishing for working women? Top female execs weigh in
LATEST NEWS
Here are the top 5 things to do in Austin this weekend
Profiles of Innovation 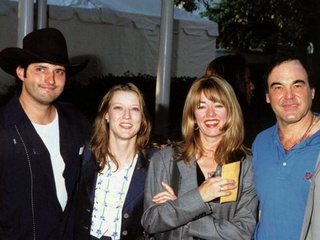 The Austin Film Festival is different. When Barbara Morgan started the festival in 1994 with her friend Marsha Milam, they did so as entrepreneurs. In other words, they loved film and a festival fed their passion.

"We didn’t even know that the industry needed something like this, we were just doing it. But we didn’t know how much there was a hole for it in the market," explains Morgan.

"We got a call from a producer in the area named Fred Miller and Fred said, 'You know the one area about film that is really not fulfilled in the festival area is the screenwriter.' All of these people desperately wanted to share their craft, get together and talk about it."

That first year, seven Academy Award winners attended the festival, and the idea was off and running. Nineteen years later, the Austin Film Festival, which starts on October 18, has become an iconic Austin and industry event.

Yes, you can see terrific films (eight days worth), but it's the conference that brings the industry veterans and wanna-be's to town. From Ron Howard and Johnny Depp and the youngest of young filmmakers attending Summer Film Camp, the Austin Film Festival, a non-profit organization, seeks to inspire and celebrate the screenwriter.

"We are servicing people who are trying to break into the industry — whether that’s as writers or writer-directors or anyone using the language of film," says Morgan.

Morgan's entrepreneurial roots grew early. Like many, she was influenced heavily by a parent. "My father was an entrepreneur," she remembers. "He had lots of different businesses, he tried lots of things. He wasn’t risk-averse. He said from the time I can remember hearing his voice, he said, ‘Do what you love.’"

Entrepreneurs may be risk-takers she explains, but the job is not without consequences that any business person should understand. "The biggest thing is not really believing that you’re going to do it all, but knowing that you will have to give some things up," she advises. "Either with your business or with your family, and you have to make those choices knowingly."

As the 19th year begins, Morgan is already looking forward to celebrating the 20th anniversary of the Austin Film Festival next year. The non-profit still fuels her passion and remains an iconic piece of the Austin cultural landscape.