Everything you wanted to know about wine but didn't want to ask: We got the answers from Food & Wine expert Ray Isle

Everything you wanted to know about wine but didn't want to ask: We got the answers from Food & Wine expert Ray Isle 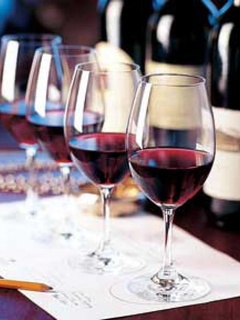 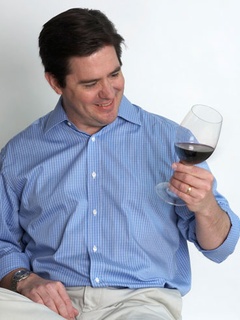 To imagine an expert in wine might be to imagine someone so sophisticated they're unable to have an easy-going conversation with the average Joe. However, Ray Isle, executive wine editor of Food & Wine magazine, eschews that staunchy stereotype by candidly and fluidly teaching we feeble-minded laymen the basics of wine by comparing it to cars, baseball and — what else? — milk.

"Everything You've Always Wanted to Know About Wine But Were too Afraid to Ask" was pretty much everything I've always wanted to learn from a wine course but was never able to find. During this early morning panel (otherwise known as "Wine for Breakfast") at the Austin's inaugural Food & Wine Festival, Isle relaxed the crowd and swiftly disbanded any perceived pomp and circumstance.

"Wine is a little like baseball — as long as you know the basics, you can go to a game and have a good time. But you can have a different kind of good time if you know what a 'change-up' is," Isle told the crowd.

"If you know very basic things about wine, you can also have a fantastic time," he continued. "You can have a different fantastic experience when you know some details. Wine rewards you at all levels."

Each participant was served a sampling of six wines, from white to red.

How do I "taste" a wine without embarrassing myself?

There are three simple steps to a successful wine assessment:

What exactly is a "full bodied" wine?

A full bodied wine generally has higher alcohol, which has more glycerin. "You feel that weight in your mouth," said Isle. "Think of it like skim milk versus whole milk."

"I'm not a fan of spending thirty-five dollars on something that you can do yourself," said Isle. There is indeed validity in aerating wine, but instead of spending money on a gadget, Isle pours his bottle into a pitcher. No pitcher? Just pour a glass 30 minutes before you want to drink it. But don't jump to airing everything; an old burgundy (20 years or so) can fall apart with air, for example.

How can I tell if a red wine has a lot of tannins?

One way to test the taste is to steep a bag of black tea for 15 minutes and put it in your mouth. But that would kind of suck. Instead: Know how when you take a sip of certain reds, it feels like your tongue becomes glued to the roof of your mouth? Those are the tannins talking.

Should I look for a sulfite free wine if I get headaches from drinking reds?

Sulfites are actually not what cause headaches, and tannins aren't necessarily to blame either, Isle told the group. To get really geeky, biogenic amines are the main culprit to those head-y hangovers, and you're less apt to get them from light reds that haven't undergone a great deal of extraction.

What is the right temperature for a wine?

The more complex the white wine (remember — whole milk), the less cold you want it. Aim for 60 degrees. Also remember to treat a light red like a rose and chill it down a bit. The fastest way to cool a wine is by placing it into a bucket with ice and water to help circulate the temp.

Is it okay to cork a wine and drink it the next day?

Sure. Isle says he enjoys keeping a white wine for up to three days and discovering how it changes with time. Nothing bad is going to happen to you. It's not going to turn to poison.

How do I determine when a white wine is "oaky," once and for all?

An oak barrel allows oxygen to interact with the wine while it ages. To forever more have a crystal clear idea of what an oaky wine tastes like, Isle recommends asking to smell a new, unused oak barrel the next time you're at a vineyard. You wont forget it.

The basic rules for pairing wine with food?

The strongest point Isles made was: "When pairing wine with food, acidity is your friend." In other words, a Napa Cabernet will be more pleasurable to have without food (less acidity, a softer red though full bodied) than a hearty Italian wine like Brunello di Montalcino (very complex with lots of tannins).

Despite all of this excellent guidance, Isle recommends not trying to impress anyone with an elevated wine game. "Your own palate is the ultimate arbiter of what you should be buying," he candidly said.

Now, isn't that as refreshing as a cold glass of Riesling on a hot summer's day?