Founder of Austin-based My Fit Foods arrested with cocaine

Founder of Austin-based My Fit Foods arrested with cocaine 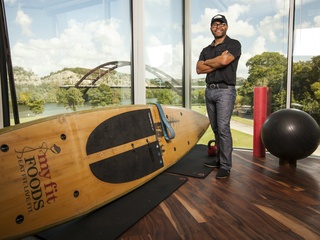 Mario Mendias was arrested at the W hotel in downtown Austin.  Photo courtesy of My Fit Foods

KVUE — The owner of Austin-based company My Fit Foods was arrested Monday night at the W hotel for public intoxication and cocaine possession, according to a Travis County arrest affidavit.

According to the Austin Police Department, a call was placed around 2:30 am about a disturbance between a man and a woman at the W hotel in downtown Austin.

When police arrived at the scene, they found a security guard pinning My Fit Foods owner Mario Mendias, 39, to the ground by his wrists. The woman was already gone by the time officers arrived, according to the affidavit.

A bag of cocaine was found on Mendias. He also told officers that he was the owner of My Fit Foods.

A representative of My Fit Foods has issued the following statement in regards to the incident: "Mr. Mendias maintains only a small minority interest in My Fit Foods and has not been involved in the company's day-to-day operations for more than a year ... As this is an ongoing investigation, we are unable to comment any further at this time."