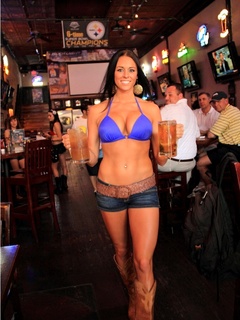 She works hard for the money, so you better treat her right. 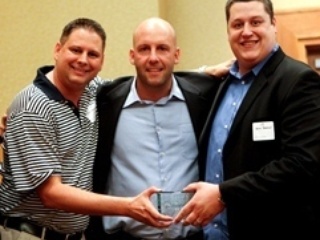 Y'all. I don't even know how to write this. My brain and eyes are literally melting right now.

Doug Guller, CEO of ATX Brands, LLC — the company that owns The Parish, Pelóns and Beale Street Tavern — announced Tuesday that he has purchased an abandoned Hill Country town and named it after the company that made him his first million: Bikinis.

Bikinis, Texas, is a real thing. That you will soon be able to visit.

“Bikinis, Texas will be a world-class destination, and I am thrilled to expand the Bikinis brand to include town ownership,” says Guller. “There could not be a better way to put Bikinis on the map…literally.”

The town, an abandoned railroad stop once known as Bankersmith, Texas, is located 10 miles south of Fredericksburg and six miles southwest of Luckenbach, forming an amazingly perfect (bikini) triangle south of Austin. There are currently a lot of trees and hills and that's about it.

Bankersmith went on sale on Craigslist, and the entrepreneurial Guller seized this unique opportunity to become the proud owner of his very own municipality. Which he will promptly turn into a Hill Country party destination. (Where else have the good people of Luckenbach been going for their Tuesday Night Wings-and-Boobs?)

Whatever your moral objections to the Bikinis franchise and its unapologetic perpetuation of the objectification of women as consumable body parts, there is no denying that the rest of the Great State of Texas has embraced Guller's "breastaurant" concept with hungry eyes and bellies.

Now, the unincorporated City of Bikinis — a literal city of bikinis, y'all — is intended to become a destination spot for annual parties, festivals and events. “Bikinis, Texas will be a world-class destination, and I am thrilled to expand the Bikinis brand to include town ownership,” says Guller. “There could not be a better way to put Bikinis on the map…literally.”

No word yet on who will become the mayor of this proud swimsuit-themed city. Perhaps it will be determined by a wet t-shirt contest? I, for one, cannot contain my excitement to learn of the mayor's political stances and measurements.

All jokes aside, it will be fascinating to see how quickly the straight men of Texas flock to Bikinis once Guller opens the doors. My thoughts and prayers go out to all the bikini-clad women who will be working for amazing tips in this literal land of objectification.

I still can't wrap my mind around it, y'all. This is real life in Texas.

She works hard for the money, so you better treat her right.