Waste Not, Want Not
in.gredients: The first ever zero-waste grocery store is revolutionizing how Austin eats
LATEST NEWS
Sink your teeth into legendary barbecue in film-famous Taylor
bite-sized stories 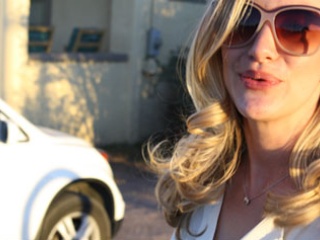 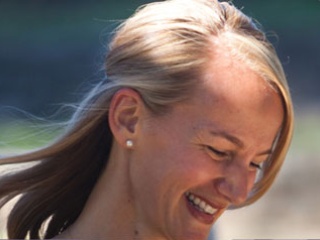 Classic literature has the Bronte sisters, and chick lit with a food twist, or “chick food-lit,” has the Kelso sisters. As the creators, writers and editors behind Dish Lit, a new online fiction series for foodies and Austinites alike, the sisters Kelso — Laura and Stirling — are making their mark on the Austin literary and food scene.

The first Dish Lit series, Lonestar Dish, unfolds the story of the three Bennett sisters as Carter, Ally and Taylor quest for “drool-worthy relationships, evocative career paths and yes ... the perfect bowl of queso.” Think Sex & the City with an Austin and foodie twist.

Stirling, a former editor at Travel & Leisure and current freelance writer, and Laura, previously the social media and community maven at HomeAway, freelance writer and future project manager at Allrecipes.com, played around with the story of the three Bennett sisters for quite some time — eight years to be exact.

The story mixes the youthful exuberance and escapades of the three very different sisters with food and life in a setting that many of us know and love — Austin. Carter, the oldest, is your typical first-born: bright and overachieving. Ally, the middle sister, is a paralegal on the hunt for a successful husband. And Taylor, the baby of the family, is a model turned athletic-wear designer.

“Austin has so many food bloggers, many of which of I read and enjoy, but I thought 'Wouldn’t it be fun to highlight places around town in a fictional setting?'” says Laura, who has taken a lead on the writing. Stirling handles the editing process, adding in dialogue and punchlines.

As Austin Monthly’s food critic for four years, Laura is no stranger to the Austin food scene. She previously co-founded Dishola, a website that allows users to review foods and restaurants by the dish.

Stirling, inspired by her travel writing background, was intrigued by the idea of using Lonestar Dish as a way to further cement Austin as a destination and provide a sort of lay of the foodscape.

The goal is to present Austin — and its food scene — in all its diverse glory. The young and the old, the East and the West, the high-end, the low-end, the Mexican cuisine and the Japanese.

Just as New York City was the fifth character to Carrie, Charlotte, Miranda and Samantha in Sex & the City, Austin gets full play in Lonestar Dish.

“I would describe it as a love letter to Austin,” says Laura. “Austin is very much one of the characters.”

Stirling, who went to UT, and Laura, who has lived in Austin for many years, recognize that Austin residents really have a relationship with their city.

“They kind of get addicted to it,” says Stirling.

Stirling and Laura developed the characters together and originally set out to write the story for the screen in the form of a TV series. But without any experience in the TV/film industry, it occurred to them that they might be getting in over their heads.

So avid readers and talented writers that they are, they decided to go with the written word, but with a twist: Instead of pursuing the traditional bound-paper book format, Lonestar Dish would be realized as an online, serialized book.

“We can have fun with it, and the story can unfold chapter by chapter,” says Stirling. “The online format makes it interactive with the map and comments. It makes it a living, breathing document.”

Readers can offer up their comments to each chapter in a comments section. Eventually, Stirling and Laura hope that readers’ comments and suggestions will help shape the story.

An interactive map plots each and every food place — bakery, restaurant, coffee shop, bar, grocery store and farmers’ market — mentioned in Lonestar Dish. It’s a sort of DishLit guide to where the Bennett sisters have been eating in Austin.

A new chapter of Lonestar Dish is released each week and usually is no longer than 1,500 words — a quick treat delivered to your inbox to keep you satiated until the next chapter. (Readers can subscribe to the DishLit e-mail newsletter to be notified when a new chapter is released.)

DishLit doesn’t take any advertising dollars; it is purely a labor of love. Stirling and Laura ask readers who want to support the project to direct any contributions to one of the three local organizations fighting hunger listed under the “Friends” tab: Meals on Wheels, Mobile Loaves & Fishes and Sustainable Food Center.

So, the next time you need a laugh, a bit of delicious chick lit or want to discover something new about the city you love (or plan to visit), check out Lonestar Dish.

“If we’ve made our readers laugh,” says Laura, “Then we’ve reached out goal.”