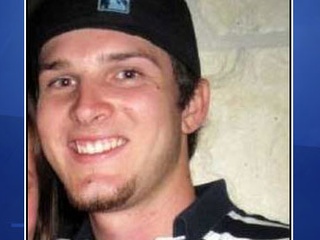 Jarrett Ryan Whittington, 25, died after the car he was riding in drove into Lady Bird Lake. Photo courtesy of KVUE

KVUE — State agents with the Texas Alcoholic Beverage Commission have reached a resolution with Lustre Pearl regarding the suspension of the bar's liquor license following a fatal wreck in 2012.

"In addition to the suspension or civil penalty, added conditions above and beyond those required by law have been placed on the permit," a press released stated. "One condition prohibits daily drink specials which include a beer and a shot combination for a set price. The second condition mandates that management maintain sufficient staffing levels required to effectively monitor the consumption of their patrons."

The recommendation to revoke Lustre Pearl's license came after a woman left the bar last year and crashed into Lady Bird Lake killing a passenger in her backseat.

Madeline Rackley is charged with intoxication manslaughter in the July 1, 2012 incident.

Jarrett Ryan Whittington, 25, a Texas State graduate and tennis player who worked for the United States Tennis Association drowned in the crash.