Sad Sacks
Misery loves tacos: Austin is one of the unhappiest places to work 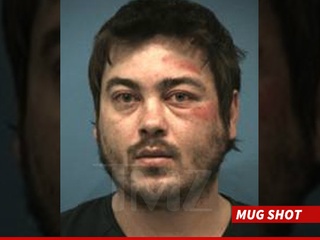 Former One Life to Live star Brandon Buddy was arrested in North Austin on January 18 for Driving While Intoxicated, an Austin Police spokesperson confirmed to CultureMap. An allegedly intoxicated Buddy was attempting to purchase beer at a gas station when employees intervened and called police.

Following the call, Buddy allegedly attempted to flee the gas station in his vehicle. When APD caught up, they found Buddy in his car in an alleged semiconscious state. He was taken to a North Austin hospital for observation and was later arrested and charged with Driving While Intoxicated. TMZ was the first outlet to report this story.

This is the second time in two weeks Buddy has had a run-in with the Austin Police Department. The actor, best known for playing Cole Thornhart on the long-running ABC soap opera, was the subject of a welfare check on January 4. APD confirms that Buddy was in possession of prescription medications at the time, but he was not arrested.