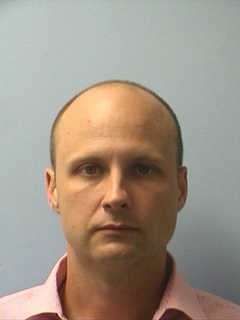 An Austin-based lawyer and founding partner of J.Blacks was arrested in a nationwide sex trafficking sting. Photo courtesy of Travis County Sheriff's Department

A spokesperson with the Travis County Sheriff's Department confirmed that Sutherland with arrested on June 19 for prostitution, a Class B misdemeanor. The Austin-based lawyer was originally released on a judge's order on June 20, but Sutherland was forced to turn himself in again on June 23. He is currently out on a $2,000 bond.

Under the Texas penal code, a charge of prostitution can include both the party soliciting sexual contact and the person offering to pay. Sutherland's arrest came during a nationwide crackdown on the sexual trafficking of minors. In Austin, six adults were arrested in addition to Sutherland, and three children were rescued during the operation.

In addition to being named a finalist in this year's Austin Under 40 Awards, Sutherland is a founding partner of J. Blacks, a downtown restaurant that has additional locations in Houston and Dallas. Sutherland is a graduate of the University of Texas School of Law and specializes in real estate and corporate and securities, according to the Hajjar Sutherland & Peters LLC website.

In part, the statement reads, "All of us at Hajjar Sutherland & Peters LLP are disturbed by the recent news involving Judson Sutherland. These are issues that we take very seriously, and are conducting our own investigation to ascertain the truth to the charges currently before Mr. Sutherland. In no way, shape or form is this being overlooked or discounted by this firm. We expect our attorneys and staff to comport themselves with class, dignity and in such a way as to reflect the values and ethics of this firm. It is up to the partners of Hajjar Sutherland & Peters LLP to set that example. To the extent that such an example was not set, we will deal with that internally."