University of Texas president to step down in 2015

University of Texas president to step down in 2015 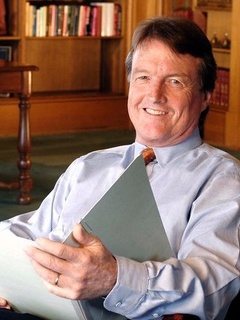 The announcement was made at a faculty council meeting on Wednesday. Members of the faculty gathered to support Powers, who Cigarroa told to resign or risk being fired by the Board of Regents at their Thursday meeting.

Powers responded with a letter to Cigarroa, saying a "graceful rather than abrupt departure" in 2015 would benefit the university.

Powers has clashed with Gov. Rick Perry and some UT System regents over issues such as tuition and research. He has served as UT Austin president for nine years.

Cigarroa released a statement Wednesday afternoon, saying he honors Powers' "commitment to UT Austin and agree that this is the best course forward."